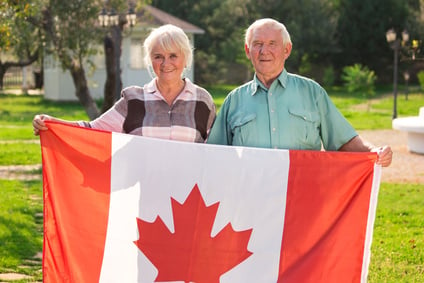 While Canadian snowbirds are soaking up the sunshine and warmth in the southern US, many can’t help but notice the availability of products in the south which they can’t get in the north. Life settlements are a financial solution that Canadians see advertised on U.S. television and radio stations etc., yet they rarely hear about in Canada.  This is because the U.S. and Canadian life insurance sectors have taken different paths historically, with the American one heading in a decidedly more consumer-oriented direction.  Fortunately, for Canadian consumers, this is beginning to change.

Historically, the U.S. legal system has strongly supported consumer’s rights.  An underpinning of the U.S. life settlement market was the landmark Grigsby v. Russell decision in 1911 where the Supreme Court ruled that life insurance is personal property that can be bought and sold.  Today, U.S. seniors are made aware through articles, seminars, and advertising that there are alternatives to letting their policies lapse, including a life settlement at market value. The Supreme Court’s early decision, coupled with free market competition and consumer minded regulation, has provided choice and benefits to the U.S. consumer.

Until mid-2017, the Canadian story was much different.  While the wording in Canadian life insurance contracts includes the rights to transfer policy ownership and make beneficiary changes, the life insurance sector stifled secondary market demand.  How was this done?  The insurance companies successfully lobbied provincial regulators in six provinces in the 1930’s to limit those who had the right to purchase policies, or facilitate the purchase of policies, to the insurance companies or their duly authorized agents.  As a result, the rights of the consumer have been limited by not having a free, active, secondary market for insurance policies.  A market of prospective sellers without prospective buyers could never result in an open market with fair pricing!

However, one of the nationally registered fraternal life insurers has recognized the need for Canadian consumers to have the right to sell, borrow against, or transfer the rights of their insurance assets to others.  By entering into a Duly Authorized Agent agreement with a Canadian life settlements company in mid-2017, they effectively opened a small but active secondary market for all Canadian policy owners to seek an alternative to lapsing their unwanted insurance policies.

There were also some very positive developments in Canadian life settlement regulation during 2017. On October 3, 2017, Mike Colle, a member of the provincial parliament in Ontario, introduced Bill 162 which aims to amend the Insurance Act of Ontario. This Bill seeks to open the market for purchasers to meet the supply from interested sellers. Bill 162 has passed its second reading in provincial parliament and is scheduled for a third in February, bringing it closer to becoming law. A positive ruling would further open the market for Life Settlements in Ontario and set an important legal precedent.

Until recently, the insurance carriers have had almost oligopolistic powers in the secondary market for Canadian life insurance. Depending on the contract, the carriers would offer the consumer a Cash Surrender Value in return for policy surrender, or in some extreme health situations, a modest advance against the death benefit.  However, after a “prolonged winter”, the Canadian life settlements sector views the beginning “thaw” in the secondary market with cautious optimism and is crossing its fingers for continued improvement.

A strong secondary market for life insurance assets levels the playing field for consumers by providing them with a “fair market bid” for their policies. Nevertheless, it will take quite some time before seniors become fully aware of their options. The secondary market has been frozen for so long that financial professionals and consumers alike have become accustomed to “selling” back their polices to the insurance company that issued them – typically for the Cash Surrender Value only.

If you are an owner of a Canadian issued life insurance policy who has been considering whether it is worthwhile continuing to pay the premiums on your policy, please check out the educational material posted on the Life Insurance Settlement Association (LISA) website.  There is a wealth of information available to help you determine if a life settlement could be right for you.